As part of OCN’s response to the COVID-19 pandemic, we took a number of steps to help out where we could. One of these steps included our core group of volunteers being matched with OCN participants (people living with dementia and unpaid carers). Volunteers, with the consent of the participant, would provide a regular ‘safe and well’ phone call at intervals agreed between the two. Whilst OCN is not a direct support service, we thought this was one way we could help out. The telephone support was received well and provided emotional support. It also helped towards combatting the loneliness and isolation some people were experiencing.

One of the other benefits was our trained volunteers being in a unique position to record and document participant experience of lockdown. The following is an account provided by one of our volunteers on how they have maintained contact with OCN participants. The aim has been to provide a level of support during what has been an extremely challenging period for all concerned. The support has mainly taken the form of regular phone calls, but – as is shown in the following account – our volunteer had some additional contact with OCN participants.

As in other accounts, OCN has anonymised the people and places referred to in this blog. OCN has cleared permission to share these accounts with everyone who contributed their story. Some contributors urged OCN to “share the stories as far and wide as possible”. OCN would like to thank all our contributors and volunteers for sharing.

It goes without saying that this has been a trying time for us all. 2020 has thrown up so many problems and difficulties for people living with dementia and their carers that it’s difficult to know where to begin. It would, for instance, be all too easy simply to add one’s voice to those criticising the failure of agencies and organisations to provide an adequate level of support at this time. I will resist this temptation, however, and begin on a more optimistic note.

Many of those I have been supporting over the last few months have shown considerable resourcefulness in adapting to the situations they have found themselves and squaring up to the challenges they have been facing. Not the least of these challenges has been the problem in getting through to services and agencies on which they had once relied. The level of frustration has grown as it has frequently taken a long time for support services to take action or provide the help that was called for.

Given the slowness, or even absence of response, the participants I have been supporting have begun to devise their own ways of helping each other out. They have kept in touch with each other on the phone and sometimes via Zoom. Occasionally OCN agreed for volunteers to act as intermediaries when there has been a pressing issue to resolve. The formation of what are in effect small self-help groups has clearly helped people combat a growing sense of isolation and fell in line with OCN’s aim to develop clusters of neighbourhood level support. OCN physical groups were just taking shape when the pandemic struck. Some groups had only met a handful of times. With the lock down measures and the closure of community facilities in place, many providing a local neighbourhood level ‘place’ to meet, the groups had to stop. OCN volunteers adapted quickly to provide regular calls and were able to build on the familiarity and connectedness already created through OCN.

As Sheila, who has been caring for her partner Angus for the last few years, told me in a recent phone conversation: “It’s been a bit of a lifeline for me being able to talk to people who I know are in the same boat and who I can share some of my frustrations with”.

All the folk in these mutual support groups with whom I have been in contact during the last few difficult months are grateful for one thing in particular: that they had got to know each other before the pandemic reared its ugly head. This meant that – having already built up trusting relationships – they felt able, after lockdown, to reach out to each other and share some of their concerns. For the carers, this would frequently involve the question of how best to organise short periods of respite for themselves. Even before Covid 19 struck, most carers had felt the need to ‘get away’ for a few hours (or even days), but as the period of lockdown was extended this need became ever more urgent. Sheila, for instance, had recently managed to get away for a few days to visit her daughter in the south of England by arranging for a live-in carer to take charge at home while she was away. Speaking to me on the phone after her return, she said that I could not have imagined how beneficial this time away would be. At the same time, however, she was well aware that she had only been able to do this because she and her partner had the financial resources to afford the cost of employing a professionally trained carer. Her heart went out to all those who had had similar needs but did not have the wherewithal to pay for a live-in carer.

A constant fear and frustration experienced by people living with dementia and their carers has had to do with the problems of remaining in contact with – or even getting through to – the various agencies and support services on whom they were formerly able to rely. A particular concern was the delay in getting responses from medical and social services following the deterioration in the condition of a loved one. Sheila, for instance, felt that if her local medical centre had intervened more quickly after she had informed them of a deterioration in Angus’s condition, then a recent mini stroke might well have been avoided. Likewise, Mary had had to suffer considerable frustration and delay before an adequate care package was put in place to support her husband as his condition worsened.

This is the latest in a series of blog posts reflecting on the experiences of people living with dementia, their carers and neighbourhoods during the coronavirus pandemic. The posts are a synthesis of perspectives gathered with people living with dementia in Central Scotland over the course of the Covid-19 outbreak in 2020. These have been collected by OCN volunteers and drafted collaboratively in order to build a larger picture of the impact of Covid-19 and what the changes around it have meant for people living with dementia and their carers. It is important to highlight that in most instances these are people who will have been shielding for a significant period of time. It is clear, therefore, that more must be done to improve their access to support, community and to reduce loneliness. We hope these articles will widen understanding of the issues and draw attention to what can be a hidden problem for many people. 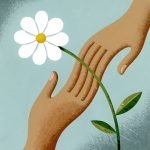 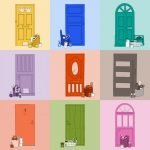 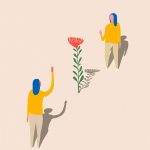 Reality check: the true impact of COVID-19 on those providing support services October 21, 2020 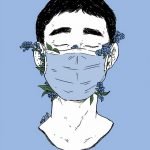