Our Connected Neighbourhoods has been running for more than 12 months now. It has been a year of organising, doing and – most importantly – learning.

This series of blog posts looks at the first year, what we have learned along the way and where we are heading. Here we find out what OCN has meant to the unpaid carers involved in the project.

Janet Wood is an unpaid carer for her father,who has had a diagnosis of dementia for approaching 3 years. Our Connected Neighbourhoods contacted Janet and her father early in the project to involve people living with dementia and their unpaid carers from the outset.

From the initial contact through to becoming a volunteer community researcher for the project, Janet and her father have played a pivotal role in OCN’s development. Here Janet discusses her experiences of the project so far.

On this day we were in the audience at the start of one of The Macrobert Arts Centre’s relaxed screenings when staff introduced Dave, the Integration and Inclusion Coordinator. We were told that Dave would be in the cafe during the break looking for feedback on the project’s name and on a draft leaflet designed to explain its purpose and recruit participants.

In the break Dave spoke to my father and me and explained the project’s aims. I looked over the leaflet, took copies away and emailed back my thoughts. I used my experience as a carer to make recommendations on how the leaflet’s language and layout could be made more accessible. All my suggestions were applied to the leaflet and I believe it was distributed to libraries and GP surgeries throughout Stirling. A particular point I made concerned the difficulty of designing literature that could be understood by someone with a medium to advanced diagnosis, and the likelihood that you would most likely be appealing to their advocate (e.g. a relative). However, I really appreciated that an attempt was being made to speak directly to people with memory loss.

As a result of Dave’s early approach I began to take a closer look at the project and decided to join it as a volunteer community researcher. One of my main reasons for doing so was that I was very impressed by the fact that my father and I were being consulted even before leaflets had been put out. It immediately felt as though this was going to be a project which genuinely listened to people. I also really liked the scope of OCN’s plans. For instance, I had never before thought about how much people with memory loss and their carers might benefit from greater digital awareness.

In recent years we have seen a welcome shift towards a rights-based approach to people living with dementia – involving them in the decisions that affect their lives. OCN’s work with Janet and her father has reminded the project of the key role unpaid carers play in fulfilling this approach. Aside from their relationship with the person they care for, unpaid carers have a unique perspective on how important inclusion and connectedness to your community is for both the individual with a diagnosis of dementia and those who support them. Janet’s decision to also become a volunteer research for the project has been invaluable in giving a voice to those often muted in conversations surrounding dementia.

As we move into year two of Our Connected Neighbourhoods, the input of unpaid carers in the project will continue to be vital as we develop a sustainable model for building capacity in neighbourhoods to become more dementia inclusive. 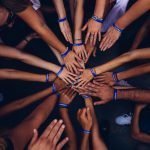 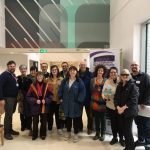